I grew up in a community where it was common to sit on the porch and wave as people passed or walked by. We were taught to say yes ma’am, yes sir, no ma’am no sir and thank you. You know, just basic Southern hospitality. Then there are some courtesies that have become a habit and what I thought was normal.

Take holding the door for someone, for instance. When you see someone about to enter a doorway that you’re exiting and they’re about, eh, two feet away, do you let the door close in their face or take two seconds to hold it until they’re able to grab hold and enter?

I had two experiences in the past couple months where doors were practically closed in my face. I was entering a favorite brunch spot on a recent Saturday and a young man was exiting the establishment, looked me dead in the eyes and let the door go as I was raising my arm to reach for it. Maybe he had a lot on his mind and was just distracted by his thoughts. Maybe he’s not from around here where good manners cost nothing. That experience made for a brief conversation at the table while I waited for my two little deuces with sausage.

I fell victim again as I was about to enter a department store at a local shopping center. Again, I was so close to the customer that I could have touched her. Granted, she had bags in her hand and her husband exited right after her. He immediately said ‘I’m sorry’, perhaps noticing the look on my face. It disgusted me as much as it does when cashiers place my change on the counter instead of in my hands. But because I generally use a debit card, I don’t have to experience this much at all.

What I have experienced over the past 20 years is good mornings are hard to come by some days. There were days when I’d walk in the workplace, say good morning and would hear silence. I mean, I’m not a morning person and I don’t have much to say first thing in the mornings, but you’ll at least get a good morning out of me. Common courtesy, right? Not exactly, but again, not everyone is Southern and not everyone is hospitable. But is it right? Better question: How do you respond to rude people? 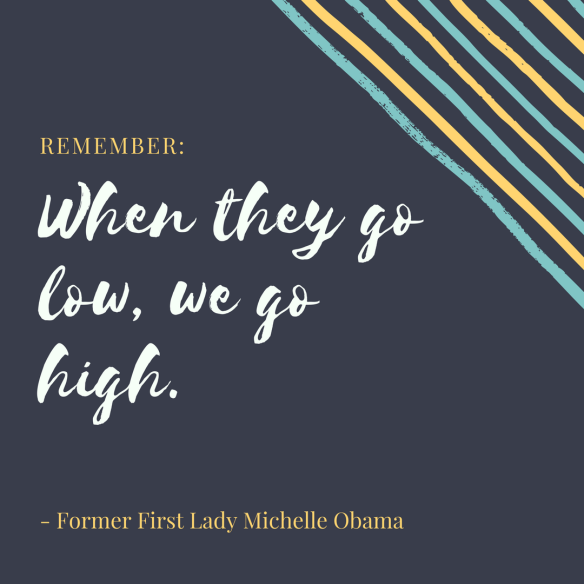 Here are five ways to deal with rude people: