I’m always on the lookout for good, healthy, easy meals, and I recently found a winner at my local Kroger store: CAULIPOWER, a ready-to-cook, cauliflower-crust frozen pizza.

CAULIPOWER pizzas are made with real cauliflower, are nutrient-rich and gluten-free. While they taste like conventional recipes – my sister compares them to our mom’s homemade pizzas — they have less sodium, calories and sugar, and are higher in vitamins than most conventional and gluten-free frozen pizzas.

CAULIPOWER is the brainchild of Gail Becker who made the jump from a globally recognized corporate career at Edelman to the world of entrepreneurship. After both her sons were diagnosed with Celiac disease, she was frustrated by the poor nutritional value of today’s gluten-free options and wanted to create one product that could go beyond just ‘gluten-free’ to be craveable and delicious to anyone.

“I was really taken with the idea of bringing a concept that was born on the internet to life,” said Gail Becker, founder and CEO of CAULIPOWER. “I knew there was a large segment of the population that want to eat healthier, but may not have the time or resources to make those foods from scratch. My vision for CAULIPOWER is to advocate for accessible nutrition, that’s easy and even a bit unexpected.” 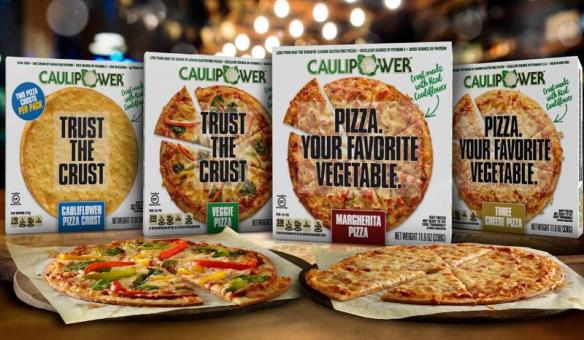 Creating a vegetable-forward meal in under 15 minutes, CAULIPOWER pizzas are available in three guilt-free varieties:

I found CAULIPOWER by glorious accident at Kroger on Forest Drive, and I’m hooked. They also sell at select Whole Foods and on Amazon.com, as well as other grocers throughout the country. To learn more about CAULIPOWER and where to buy it, visit CAULIPOWER.net or follow them on Facebook.