I remember my daddy as if we’d just finished grits and eggs at the kitchen table this morning. If we could find a clear spot on the table, that is. My daddy was his own boss who ran a successful insurance, estate, and financial planning business here in Columbia for decades. Most of that time he worked from home, and the kitchen table was his favorite spot to bury himself in his paperwork and phone calls, much to the chagrin of my slightly neat-obsessed mama. 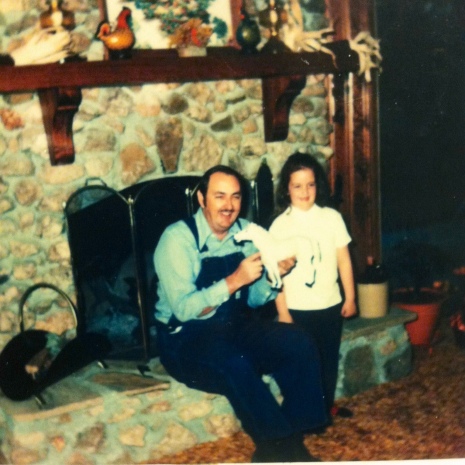 The kitchen table was positioned in front of a large sliding glass door that led out to the six-foot-high cement patio, and overlooked our tree-riddled backyard and our 2.5 acre squarish pond. He had our pond built when I was 8 years old, and it’s now one of several on Rimer Pond Road in Blythewood. Before the pond, that space was a mucky swamp, home to many rattlesnakes. But Daddy transformed it into a beautiful watery oasis, stocked with bass, bream, catfish, and carp. Nature made sure to move in turtles, herons, bullfrogs, dragonflies, and countless woodland creatures who came to drink and socialize. Daddy loved that pond, and being able to look out at it every day gave him a lot of happiness amongst his disheveled stacks of papers and waiting problems.

My father was an overall-wearing, corny joke-telling, poetry-writing, Bible-teaching, problem-solving, engine-diagnosing, sales genius; a 6-foot, 2-inch, 270-pound, booming baritone-voiced, oak tree of a man. And by oak tree, I mean that he embraced people, sheltered people, stood his ground on his beliefs, and influenced people far and wide. A devoted Jehovah’s Witness minister for his entire adult life, he ran against the grain by studying all he could about all other religions, and refusing to shun his family when they didn’t do what the religion said was right. He taught me that I have to get on other people’s levels if I want to reach their hearts, and that meant I had to understand their thinking.

When my teenage stupidity took hold and led me to do something rude or senseless, he got mad, yes. But he would also calmly ask me, “What were you thinking that led to your decision to do that?” And not in the “you’re an idiot” kind of way (most of the time). He genuinely tried to understand the process that had occurred in my head just before I decided to do something dumb. And it would make me CRAZY!!! Because usually there wasn’t really a thought process, which was why I did something dumb. (Duh, Daddy!) But it made me stop and think, and helped me stay on a better path. 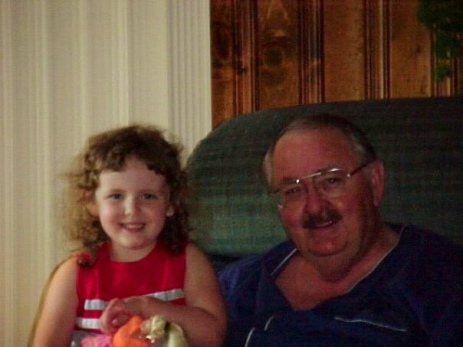 My daddy should have been a psychologist. He was a master at reading people and getting them to do things differently, and he was constantly fascinated with why people do the things they do. Which is why he was so good at sales. His downfall was that his expansive imagination meant you could sell him sand in a desert. He was always looking for the next big breakthrough and saw potential in just about everything.

Constantly brimming over with ideas and solutions, his mind was only quiet amongst the artistry of nature. He woke up before dawn every morning so he could bask in the quiet, therapeutic beauty of the little paradise he’d built at our edge-of-suburbia home. Nature often inspired him to write, as it did not long before he died on August 30, 2003:

Can you see the smile

That will make everything worthwhile?

A child at play, having fun

A cat or dog, scampering in the sun

The cells of our brain may die

Our experiments in life may make us cry

We will not despair

Over a rich clammy soil clump

Among which fireflies will glow

A big bass jumps in the pond

To bait my hook I am so fond

To sit in the shade on the dam all day

To fish for fun, not something to eat, I pray

To laugh, to sing

And watch what a shower will bring

There goes a waterbug, a frog

But I’d rather sit than jog

I have everything I desire right here

For riches, for wealth, I won’t cheer

To love and care for others is best

To invite others to be our guest

Will give us renewed zest in our life

And chase away the blues and strife

Give me the Simple Life!

He used to joke that he’d be happiest going off out west and living in a cave on a mountain. I think he was only half-joking. He loved family and loved people, which meant they held power over his heart, and caused him a lot of pain. Always coming to him to fix their screw-ups, and he never turned any of them away. We often didn’t see much of Daddy because he was off helping someone right a wrong, fix an error, overcome an obstacle. He wasn’t a perfect man…sometimes his patience failed him and his words were especially harsh to an overly-sensitive, chubby little girl. Sometimes he wasn’t as approachable as he could have been, so we wrote him notes and left them on his bed pillow when we wanted something. He had a white belt nicknamed White Lightnin’ that he used on your behind if you were really out of line. I think I felt its sting only twice, being a people-pleasing below-the-radar type of kid. He had a weakness for sweets, and to this day, I get teary-eyed when I see a box of Hostess Raspberry Zingers and a six pack of Blenheim Ginger Ale.

Daddy was a simple man with a complicated life who was loved deeply by a ridiculous number of people. He died the way he had expressed would be worst for him: trapped inside a body unable to express anything in his mind or move anything on his own, even his eyelids. Life’s cruelest irony for him. Not one to be beaten down by anything, my sister, who was dozing in his room early on his last morning, says she heard him humming one of his many nameless tunes in the wee hours before dawn, his favorite time. Doctors said it had to have been a reflex, since he could not have done it willfully. But we all knew better. Just like I knew, a few days before when I told him the doctors’ prognosis that he could live in that state for years. I told him we knew he was the one in control and he could decide to stay or go, and the tears rolled down his cheeks. It was not a reflex. He was in control, like always.

And that last morning, he hummed an unknown tune in the dark before dawn, and took his last breath…his choice, his time…just the way he’d lived.

1 thought on “The Simple Life”