You guys have probably been wondering where I’ve been. At least I hope you have. I feel guilty and a bit off my axis because it’s been so long since I’ve written. You see, our nephew got married on October 26th in Lakeville, Minnesota.  I’ve never been there and of course, the wunderkind hasn’t either, and she’d never flown before.

Seriously, is this not the cutest thing you’ve ever seen? Still hasn’t mastered the spelling of her middle name yet though!

Neil hasn’t been back since 1994. As a Southerner, born and bred, here’s what I thought I knew about Minnesota:

Turns out I was right about one of these assumptions –  the restaurants. Think about it a minute. If you watch Diners, Drive-ins and Dives, Man -vs- Food, etc., you may have noticed the disproportionate number of MN restaurants featured on these shows. Why, I often wondered?

One restaurant that caught my eye a long time ago was about two joints in the Twin Cities area that have a long time feud about who invented the “Juicy Lucy.” You may remember this post after I saw the Juicy Lucy on TV. I told Neil back then, “One day, when we go up there, we’re finding this place and having a Juicy Lucy.”

The place that  I’d decided looked and sounded the best is called the 5-8 Club. So, when we booked our flight for the wedding, I promptly went to the 5-8’s website for their address because, as I said, “WE ARE GOING TO GET THIS HAMBURGER.” Since I now have crazy coupon lady syndrome, I noticed a little place on the site that said “Join our email club.” This, of course, made me say to myself, “Hmmm, I bet if I do that I’m going to get something.” Well, sure enough, I instantly received an email coupon for a FREE Juicy Lucy. We’re officially in business.

We arrived on Wednesday and I mentioned this Juicy Lucy obsession to my brother-in-law. His response? “Let’s go tonight!” And it was so.

Friends, this was a hamburger. I split one with the little one because they are 1/2 lb.  Just as expected and promised, I cut it in half to see golden, oozey cheese burst forth. The meat was well seasoned and cooked just right. A nice crust that comes from a nice, hot flat top. The closest I have been able to come to this is with a good ol’ fashioned cast iron skillet. 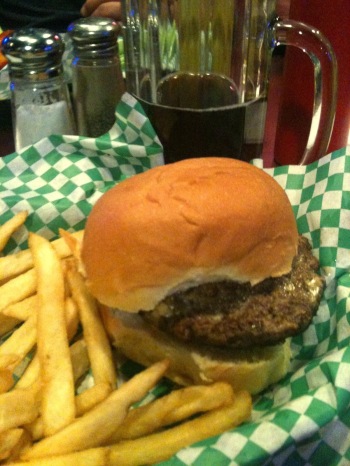 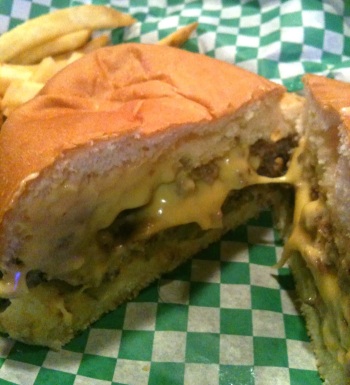 What made the whole experience even better was looking around and recognizing where we were from the TV shows. Oh yeah…we also had real, Minnesotan cheese curds. Not familiar with these? More on that later. 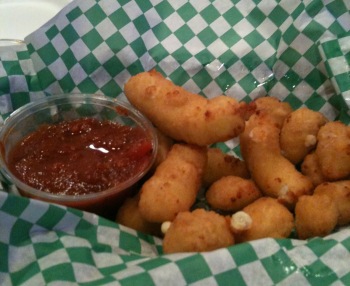 Our trip was fantastic on many levels. My nephew’s wedding was beautiful, the parties were rockin’ and the food, drinks and dancing kept us all busy well into the night(s)! Jackie and her wedding party were all gorgeous and her style was evident in all the details. 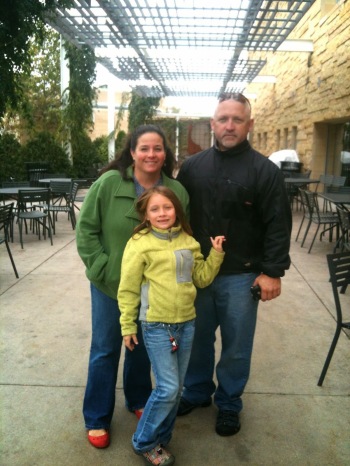 We also got to see Neil’s old childhood home, visited the ski slope where he (and Lindsey Vonn!)  trained, went to the first zoo established in the state of Minnesota (Como Park), saw St. Paul, saw Minneapolis, and got to visit the 5-8 Club for the original Juicy Lucy. I’d say this was one successful voyage!

Sometimes it seems like there are a ton of Halloween and holiday events, but not a whole lot in between. If you want to create an unforgettable autumn experience for your family, you don’t need to look far! Columbia and Lexington are chock-full of fun events this November and December.  To help you on your quest for an awesome autumn, we’ve profiled a few local events that just might help your family make some new traditions.

What are your family’s fall traditions? If you know of other events in our area, please share them with us.

“Food tastes bad because we’re not comfortable with them; they don’t meet our expectations. But what if we got rid of our expectations? ” he says. “What if we said, ‘Food doesn’t need to taste like anything. Let’s see what this tastes like.’”

I remember when I was a little girl, I somehow got a piece of coffee-flavored candy. As soon as I got it unwrapped and in my mouth, I spit it out. I wondered how grown-ups drank that stuff and vowed that you’d never catch me drinking coffee. Fast forward twenty years, and I love my morning coffee.

In the last three years, my tastes have changed. The things I eat on a regular basis are light years away from what I used to eat, and my healthy pantry includes things I wouldn’t have touched three years ago, including:

I’ve also all but given up many things that were a mainstay of my diet, such as:

While my eating habits have changed considerably, I’m far from perfect. In particular, I’m still working on getting more vegetables into my diet. I think I’ll take Leo’s advice to heart, and try to change my expectations.

What are some things you used to turn your nose up at, but now like? Are there some foods that you need to leave your comfort zone to try?

I still can’t find a Thai restaurant that serves a pad Thai dish as delicious as the dive in the town next-door to where I went to college. I made the mistake once of attempting to change the vegetable selections offered in the pad Thai and the the chef flat out refused. He only makes it one way, he said, and like it or leave it. I liked it.

The place went out of business a couple years into my college career and sadly and ironically the owners began working at the college cafe in the student union on campus. That was awkward. 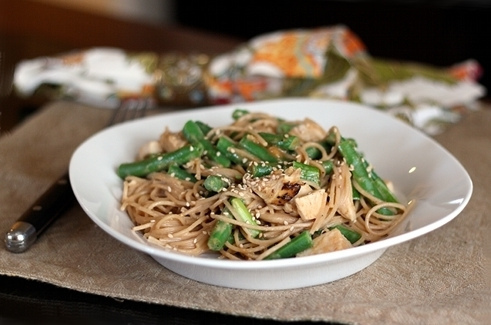 This dish is an abomination of Thai food really. Where Thai food uses peanuts as an accent, this one uses peanut butter as a sauce. Where Thai food uses fish sauce, this recipe asks for a dash of ketchup and a splash of vinegar. All that said, this meal is consistently a favorite here in our house. When I first began cooking we ate it nearly every other week. Now it is maybe twice a year, but I wish it was much more frequent.

Thanksgiving is here, so our minds have turned
To what time has taught us, to what we’ve learned:
We often focus all our thought
On shiny things we’ve shopped and bought.
We take our pleasure in material things,
Forgetting the pleasure that friendship brings.
If a lot of our stuff just vanished today,
We’d see the foundation of each happy day
Is special relationships, constant and true,
And that’s when our thoughts go directly to you.
We wish you a Thanksgiving you’ll never forget,
Full of love and joy—your best one yet!

I don’t know who Joanna Fuchs is, but I do know that her poem here really touched me. What really stood out is the line about the thought of seeing the foundation of each happy day. I read that and my mind immediately thinks, well, not all days are happy. But then I think about how even if we’re having a tough day, we should always think of the foundation of that day. The what, the who, the how we made it through that day. Whether we recognize our own inner strength that allowed us to survive hardships, those special people who made our day worthwhile or the recognition of all the things we have to be thankful for. If all our “stuff” just vanished today, would we see the foundation of our day?

I’ve made some major mistakes in my life. Some I still pay the price for. Though I know that there is a reason for everything and my God has a plan for it all, even our imperfections, some days it would be all too easy to consistently beat myself up over things.

My only saving grace is to recognize all the things I do have to be thankful for. Yep, it’s the foundation of my days that get me through the pain. The special, constant and true relationships with the precious, loving people in my life, help to hold my sanity together. The innocent and priceless love of these precious beings I gave birth to and the pride I have for their amazing accomplishments and total beauty, inside and out. The weekly joy I get from being a teacher and seeing the looks on these students’ faces when I’m able to inspire them and they sing my praises. The sheer fact that I have a roof over my head and can pay my bills thanks to a secure job in my dream career.

When the negative aspects of my life start to over-run my heart and mind, I have to fall back on the foundation of my day. If I fail to do so, then the inner demons would surely carry me away.

In honor of Thanksgiving, I challenge you to recognize the things that truly create the foundation of your days. I wish you a Thanksgiving you’ll never forget, definitely full of love and joy and above all full of thanksgiving!

For each new morning with its light,
For rest and shelter of the night,
For health and food,
For love and friends,
For everything Thy goodness sends.