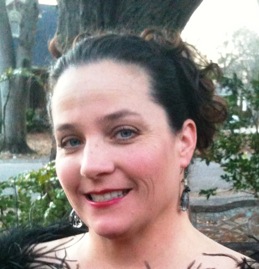 It’s funny how “we” (people) are so easily influenced by others’ perceptions and buy into preconceived notions.  It’s pretty easy to figure out; someone you know and trust tells you something, you tend to believe it.  There’s probably no area of our lives that is more permeated by this phenomenon than the world of food. I’m getting ready to tell you what I think you should do, but I insist that you act on what YOU think.

Kids are practically instructed not to like vegetables. You see it in the oh-so-clever and witty marketing on commercials, even sit-coms discuss how much kids should and consequently do hate vegetables.  Then, the adults often follow suit by simply not even bothering to serve the children vegetables, because they aren’t going to like them anyway, so why even try, right?

This brings me to my thoughts today of champagne and caviar.  I’d be willing to bet that if Jay Leno and I went out on the street together and quizzed people (you know, those really bright ones that he finds roaming the streets of L.A.), that we’d find over 70% of them believe that champagne is super expensive and only rich people ever get to drink it or even have the palate for it.  This same group would also acknowledge that they’ve never tried caviar for all the same reasons as champagne, but then they’d go further to wrinkle up their faces, stick out their tongues and vehemently assert that they wouldn’t even try it anyway, because it’s (GASP!) fish eggs!  They’d demonstrate loathing and disgust with as much drama as a vegetable-hatin’ 5 year old!

When I was 12, I was in the Columbia City Ballet.  I was a soldier.  It was a small part, but it was a part and I got to have specially ordered white pointe shoes.  And, I got to fight the Rat King, who would later be named the President of my alma mater.  One night the company had a “gala” fundraising party and I was invited, as a member of the “company.”  My dad was my date.  I got to wear a silk dress, fancy hairdo and high heels.  It was very grown up, very sophisticated and very glam.  And, they had caviar…

It was the classic presentation: black caviar arranged on top of cream cheese, accompanied by chopped hard boiled egg, capers, chopped red onion (there was a smoked salmon there too).  It was absolutely beautiful.  When I realized what it was, I wanted to try it so bad, but you know, surely I wasn’t worthy because caviar is so expensive and only rich people like it and I was just a kid.  But my perfect date encouraged me to give it a try.  I’ve been hooked ever since.  When I later learned that you can buy caviar at the grocery store, I couldn’t believe that everyone hadn’t tried this stuff.  Granted, it’s not Beluga, but it’s what we have readily available and it’s affordable.  Really affordable.

Next, champagne.  Same deal, really.  Growing up, we were allowed to have an occasional sip at a special occasion, but once we were old enough, we had it whenever there was a holiday, a birthday, etc.  Once again, mom and dad enlightened us to the fact that champage is readily available and affordable.  Just like anything, there are different varieties, vintages and price points.  But, it doesn’t have to be reserved for special occasions.  It just doesn’t.  In fact, about 10 years ago, I got a phone call on a regular day, maybe a Tuesday.  My mom called to announce that she and my dad had decided that they had reached a point in their lives that they could and would, from now on, drink champagne whenever they wanted.  They needed no reason, no special occasion, and that’s the end of that.

I love that my parents opened up this way of thinking to me and my sister.  I have spread our wacky ways to my husband and most of my friends.  Life is short.  Give your kids artichokes and asparagus.  Buy some champagne or cava (Paul Cheneau is a nice reasonable one).  Stop at the grocery store and get some cream cheese and caviar and contemplate any other crazy foods that you’ve been told you aren’t supposed to like.  Then buy those too!